5 Strangest Things Found in a Drain 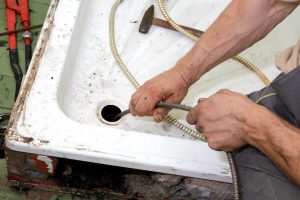 Our drainage system is a complicated and yet amazing construction. However, unexpected items and odd things can occasionally be found among the various tunnels that flow under the city. Some of the things are so incredible that you would wonder how they came up in a sewer in the first place. We’ve compiled a list of five of the strangest items discovered in sewers.

A random cleaner in Essex, UK, experienced his luckiest day ever when he found not one or two but four luxury watches in a drain near Chalkwell Railway Station.

They were the kind of watches that multimillionaires wear or that an average Joe would save half a year’s worth of his salary to buy. Pretty lucky find. One of the watches (a Rolex) was claimed by one of the owners.

Maybe the best place to fish isn’t the sewer, but 15-year-old Kyle Naegeli doesn’t seem to care. He made a bet of five dollars with his dad that he would catch a fish in the sewer.

The strange thing is he actually won the bet. He caught a Bluegill in a storm drain!

A London sewer discovered something quite interesting: a 15-tonne blob of fat. Thames Water (a utility company) claims to have uncovered the largest “fatberg” ever recorded in Britain, a 15-tonne glob of congealed fat and baby wipes trapped in a sewage drain.

When checking the drainage system of a terraced house in Dumfries, Scotland, a drainage inspector received a small shock. A full platoon of troops appeared to be waiting for instructions. We’ll never know if this is actual evidence that the Toy Story is real or if a random kid lined them up to guard his bedroom.

The second most common find in a drain is false teeth. Every year, plumbers remove hundreds of sets of teeth from pipes that have been dropped down the toilet, lost down the bathtub drain, or forgotten in the sink. In 2011, the Severn Trent Water Company in the United Kingdom discovered so many dentures and artificial teeth that they began an internet campaign to restore missing sets to their owners. There was no indication of how many individuals took them up on their offer, though.

Baby found in a sewer

The strangest thing found in the sewer (while also being one of the most horrifying stories) was a baby abandoned in a drain in Sydney not long after he was born. This occurred in March 2016, and the baby suffered from bleeding to the brain. He was luckily found by two cyclists five days later and appeared to be in a healthy condition. The mother admitted she feared disapproval from her family, so she left her baby son down a stormwater drain.