What Are Ungrounded Outlets and Why Are They So Dangerous? 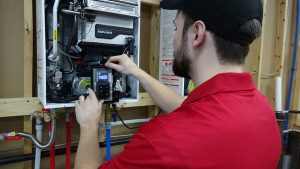 Most of us would agree. Electricity was a wonderful discovery over one hundred years ago. Electricity has been all around us since the beginning of time. Although the first real beneficial use of electricity was by a man named Thomas Edison, he invented the light bulb, and even though there have been many improvements to the item, including its size, the basic design and structure are the same. Today, electricity is in greater demand everywhere in and around Knoxville. For everything from starting your car in the morning to getting hot coffee on the way to work, you can be sure electricity plays a big part in making it happen.

There are a variety of products manufactured and sold today that only have two prongs on the cord needing to be plugged for use. You can safely plug your two-prong cord into properly grounded three-prong outlets. Utilizing one of these grounded outlets is a much safer alternative than using a two-prong ungrounded outlet for plugging into with your electrical items. This is because if ever anything electrically went wrong or for any reason it short-circuited, with the outlet grounded, there is nothing to worry about. The runaway electrical current will be harnessed and taken into the earth, where it will be discharged entirely.

What is GFCI? GFCI is an abbreviation for Ground Fault Circuit Interrupter. It is a special device designed to shut off the electrical current of that source or outlet where it is installed for preventing an electrical shock or the electrocution of any individual. GFCI’s are primarily used in and around wet areas in TN that need lighting or electricity. Places like bathrooms, basements, garages, porches, workshops, near outdoor faucets, or anywhere outdoors in the Knoxville TN area. This means that if ever the grounding failed for any reason or the electricity became too strong in that circuit. The GFCI would switch the electricity off to that area in a fraction of a second. Fast enough to prevent personal injury to anyone nearby. 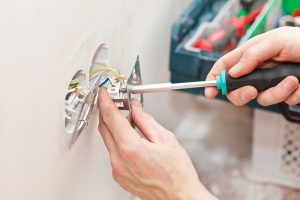 It is also worth mentioning that using an external adaptor for your three-prong corded items when plugging into a two-prong electrical outlet is not a good option. This method can greatly increase the risk of personal injury, electrocution, or fire within your TN home. Additionally, bypassing the ground-plug on anything in your Knoxville TN home or on your Knoxville property can cause you to fail fire safety inspections for the city or county where you live. Bypassing the ground-prong on three-prong grounded outlets can also be the cause of your failing homeowner’s insurance inspections and fire codes entirely in the Knoxville TN region.

Hero Services Is Your Complete Solution

When everything is properly grounded in your Knoxville home setting, you have greatly decreased the risk of fires, property damage, liability, and anyone getting an electrical shock or worse being electrocuted in and around your TN home. Why not give Hero Services a call? We have a twenty-four-hour service number you can call. Our electricians are professionally trained and educated at Hero Services. Our electricians will take the time to explain the situation and possible remedies. At hero services electricians

15 Best Places To Visit in Knoxville

Visiting Knoxville, Tennessee on a Budget